Debottam Bose is a lawyer who specialises in the law of art and philanthropy. His practice is increasingly international in nature, with it involving diverse stakeholders from the industry such as artists, collectors, gallerists, museums, auctioneers and art foundations. Bose has bird eye’s view of the legal implications within the art industry. In my interview with him he discusses the importance of contracts, non-litigiou s dispute resolution options available to artists and tips to avoid being the victim of fakes and forgeries.

1. So jumping right into it, what is your favourite part of the job?

The travel and interaction with a diverse set of people. If I am advising a collector in New York or Mumbai I will actually go to meet them in person and spend time with them.

2.  You have a background in corporate law and finance law, as well as a solid understanding of the art market, what are some principles of corporate law that you find have or should cross over into the art industry?

The transferable aspect within art law is independent advice, privileged and confidential information and no conflict of interest.

4. But wouldn’t this apply to all types of law?

Yes you’re absolutely right. Particularly with corporate and art law I would say contracts, including oral contracts. Equally ‘good faith transactions’ are an important aspect. This leads to the question that where you don’t have a contract between two parties, or when there is essentially misinformation given, or there is reliance, then how do you resolve disputes without going to courts? So settlement out of court and amicable disputes are hallmarks.

Recently I was appointed by a client from New York who had bought an artwork by a deceased artist from a reputed gallery. It transpired that the work was not genuine and the client was keen to instruct and start proceedings in the High Court of the jurisdiction in which the gallery is located, my role was to advise on the efficacy of a litigious process and also pursue alternative dispute resolution, in this case mediation, to resolve the dispute. It took us six months but we successfully conducted negotiations and settled the transaction without having going to court.

5. What are the different types of settlements

Settlements vary. In the above case it was a disputed artwork. We were happy not to exchange money. My client exchanged the artwork for other high value artworks.

6. What are some things you can look for to avoid buying fakes?

When a collector is acquiring any artwork, particularly when the artist is no longer alive that’s when the ‘provenance’ becomes critical to establish. It is essentially the chain of ownership. At the same time if the artwork had been published along with levels of authenticity by established authorities within the art world, this goes towards securing the authenticity of the artwork. For example if you are buying the work through a dealer who does not want to disclose the buyer, at least the information which is disclosed on paper needs to prove the chain of ownership going right back to the artist herself/himself.

7. What are some things a living artist can do make sure their works are protected?

What happens usually is that when an artist is located in one jurisdiction and he/she sends his/her work to a gallerist in another country, the gallerist ends up keeping the work for an extended amount of time. When the work is not sold, the gallerist delays in returning the artwork. This has happened a lot, because of the unequal bargaining power between artist and gallerist, the gallerist keeps the artwork and sometimes years go by and the gallerist just ‘forgets’ that they have this particular work in their possession.  Usually, in the transactions that I have been involved in the artist can keep up the communication with the gallerist and put a reasonable amount of pressure to return the artwork, or secure a buyer for the work, or usually, and this works well, inform the gallerist that there is an exhibition coming up and they would require that artwork. Eventually the gallery returns the artwork, but it is a question of constant contact, following up and persistence from the artist’s side. I never send a legal letter on my name, I always assist the artist and draft a letter from their behalf in the right language to ensure that the relationship is preserved. Legal notice may be viewed as hostile.

8. Usually in a case like this shouldn’t there have been a contract stating expressly the time within which the work has to be returned? What is the relevance of contracts in the art world?

In an ideal world there should have been a contract, but whenever I have assisted a client in cases like this there has not been. A lot of these exchanges have been based on good faith. It is also because of the unequal bargaining power, or there are contracts but they are extremely one-sided, which gives the artists very little rights over their paintings.

In the US and Europe the prevalence of contract is much more.

9. What are some of the benefits of having signed a contract?

Both the parties are able to set out the obligations, the rights and responsibilities. At the same time there is a specific time allotted, equally the ownership (of the artwork) is beyond dispute. Before a particular show often multiple artworks are exhibited. Having a contract allows one to set out and identify the various artworks in an annexure, so there is no dispute later. Disputes where multiple artworks are involved happen a lot.

There are some negative aspects to a contract as well, where the contract is drafted unfairly; it is one-sided with unfair terms.

11. How can an artist secure his/her rights if he/she exhibits work with a third party but has not signed a contract?

That happens a lot (not signing a contract). Essentially it comes back to the communication and ability to connect with the gallerist or the institution exhibiting the artworks and following up post the exhibition. If there has not been a sale or the work was showcased from such exhibition purposes it is important to follow up to get the artwork returned.

12. Say you haven’t signed a contract, but in advance of the show the artist and exhibitor agreed to some terms which one party is not abiding by now.

Best to get legal advice. If the work has not been sold, what are the risks to the rest of your artworks. If the work has been sold, then there is a new party involved, which is the buyer/collector, and usually in those circumstances the gallerist will be a little more amicable to resolving outstanding disputes.

13. Going forward, what is one piece of advice that you would give to artists and collectors alike?

I would always recommend for artists that they meet the consignors, the gallerists and see the space.

For collectors, if they are buying living artists I would advise them to meet the artists and create a relationship. For artists who are no longer alive, I would advise the collector to get independent advice, particularly when the work is of high value.

3 thoughts on “Art lawyer, Debottam Bose tells artists and collectors how they can secure their rights without going to court” 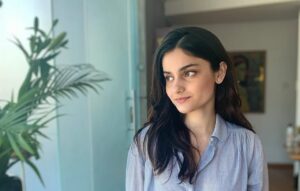